Aidan did something I was beginning to wonder if he'd ever do. He joined a sports team. And participated. And we didn't have to be escorted off the premises.
No, seriously y'all, an April 2009 attempt at swim lessons almost got us booted from the YMCA. Clearly suffering from temporary insanity, we signed him up for indoor soccer. He talks all the time about wanting to play on a team and go to practice like his friends but when the time comes, he refuses. Finally we just did it and listened to him threaten to behave like a jackass for 3 weeks because he didn't want to play. Then he got wind that our neighbors were going to come watch him and all was right in the world.


On Saturday morning we showed up prepared for battle. But he did fantastic! I was a proud mama. I only got a few pictures and most of them are blurry but what the hell, I'm gonna show them off anyway. 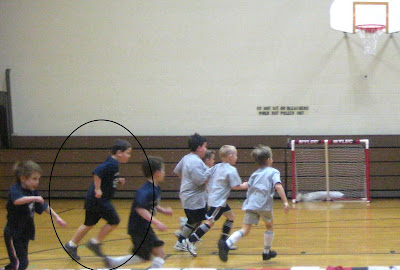 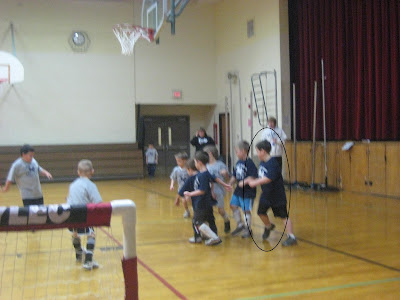 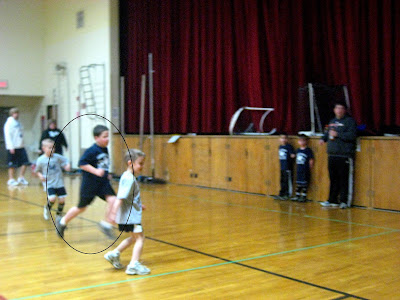 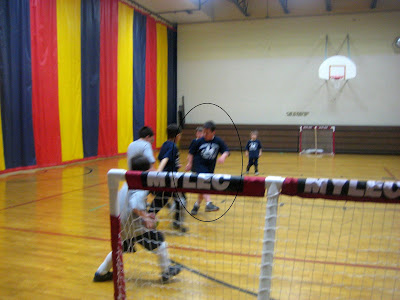 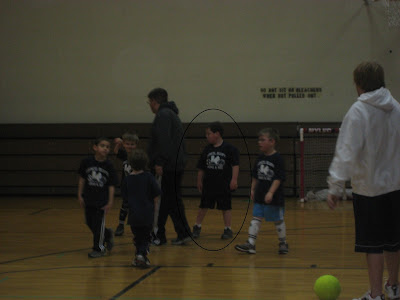 And one video. I was instructed by Aidan to take video
but then I got scolded when he saw me pointing the camera  at him.
Story of my life with that kid.

OK, I can't help it but I LOVE your first paragraph!
Looks like he was having a good time in that 9 seconds of video! You are a great mom to keep at it. Good for Aidan for getting some exercise and playing with his friends.
Can't wait to see more photos.